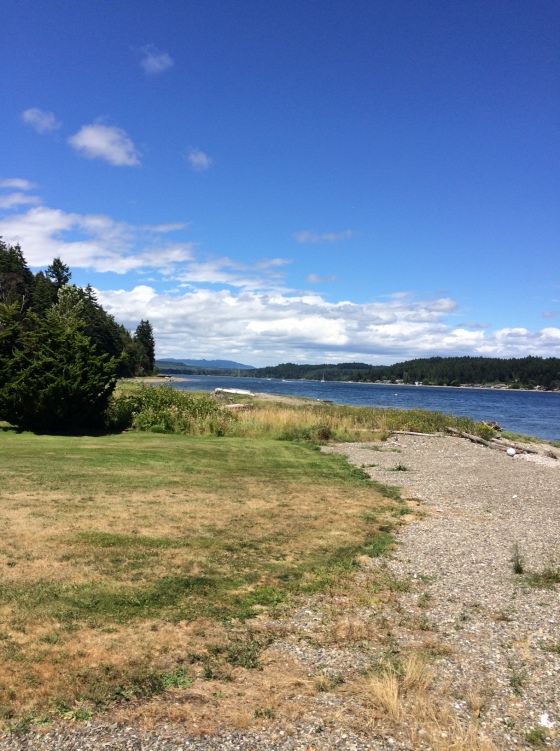 July 7, 2014 was a good day. The weather was warm with temperatures in the low 80s. Sunrays sparkled on a calm, tranquil, barely-rippling Puget Sound, and Mt. Rainier stood strong and stoic, a beacon against the bright blue sky. Summer had officially arrived in the Pacific Northwest, and I couldn’t imagine anywhere else I’d rather be on this perfect July day than out on Case Inlet in my Grandfather’s forty-year-old, freshly refurbished tin boat, just me, my uncle, my aunt and my mom.

The afternoon before, I had finally gathered up the courage to pry open the square, black plastic box that had been living in the manufactured home in Allyn, WA for the last twenty-two months. A box that contained a plastic bag sealed with a twist tie, and a tag that identified the bag’s powdery grey contents as the remains of my mother, Anne Popelka Kelly.

I’m not sure why I was so terrified to open that box, though I surmise it had something to do with the fact that once I finally did it, there would be no denying that all that remained of my brilliant, beautiful mother was a small container of ash and bone. There would be no denying that fact, nor would there be any denying another essential truth: that despite our brave, beating hearts, despite our grandest hopes and loftiest dreams, despite our fiercest passions and boldest aspirations, that we too, would ultimately be reduced to the very same thing.

I suppose that ever since I started losing members of my family, I’ve been running from the idea of my own expiration date. For all my talk of the fierce urgency of now, of the shortness of life, the truth is that I’ve been living ever-terrified of my own mortality, paralyzed in a sort of holding pattern that’s kept me from really letting go and embracing my life.

I had purchased a sterling silver pendant with an amethyst at its base for the occasion. I unscrewed and removed the bale, and using the paper funnel I’d made, I carefully guided a small pinch of my mother’s ashes into the pendant, and then another pinch, conscious (OK, paranoid) not to spill. Once the ashes were safely inside, I applied glue to the bale, inserted it into the pendant, twisted, and secured it, using a tissue to gingerly wipe away excess glue.  All of my movements were laser beam-focused, with the precision of a brain surgeon.

Having completed that step, it was time. Time to do the big thing. The thing we’d been putting off for the last twenty-two months. My uncle, aunt and I were out on Case Inlet on that perfect July day because it was time. It was time to let her go.

And so we did. Cradling the black box in my arms, a silver ice cream scoop pilfered from my grandfather’s kitchen in hand, we boarded the old tin boat with the words ‘Popelka’ stamped on the inside.  With my uncle manning the outboard motor, we steered out toward the center of the bay, out past rafts and buoys. And when we found what we decided was a good spot, we began.

When we were done, we cruised around Treasure Island, (a tiny island populated by beach homes and way less exciting than the name implies) taking in the banks of statuesque evergreen trees. We waved at other boaters – especially the ones sporting Seahawks banners – the gentle July breeze blowing in our hair, the sun at our backs.

I’d shed more tears over my mother’s death and her absence over the subsequent two years than any other event in my life, but on that day, I didn’t cry. I laughed. As we launched powdery scoop after powdery scoop of my mom’s ashes into the sound, talking about her, taking in the beautiful day, I felt happy. I felt serene. I felt like I was finally doing something right. And after we brought the boat ashore, I jumped in the bay, losing and regaining both my flip flops in the process. ‘Cmon!’ I yelled at my aunt. ‘It’s too cold!’ she squealed in protest. ‘No it’s not,’ I hollered back, ‘it’s gorgeous!’

‘You sound like your mother!’ she laughed. Because no matter the time of year, no matter how cold the currents were, Puget Sound was never too cold for my mother. And as I dogpaddled through the water, inhaling saltwater, I felt lighter than I had in a long time. But it wasn’t just the saltwater making me buoyant, it was something more profound. It was sweet relief.

I briefly flashed back to a conversation I’d had earlier that day, over lunch with a family friend. We were discussing my life, the recent changes I’d been through, the open-ended nature of my future plans. ‘Aren’t you excited about your life?’ he gushed. ‘Anything can happen!’

Excited? That was another feeling I hadn’t felt in a long while. But floating in Case Inlet on that July day, it was one of many emotions I recognized flooding through my body. Having finally set my mother free, having sent her back into the sea she loved her whole life, I felt free too. As though the monster that had its claws into me these last two years had finally released its grip. Here, amidst all of this stunning natural beauty, I felt joyful. I felt grateful for my life. And yes, I even felt excited. Because anything can happen. And now – come what may – I feel ready for it. 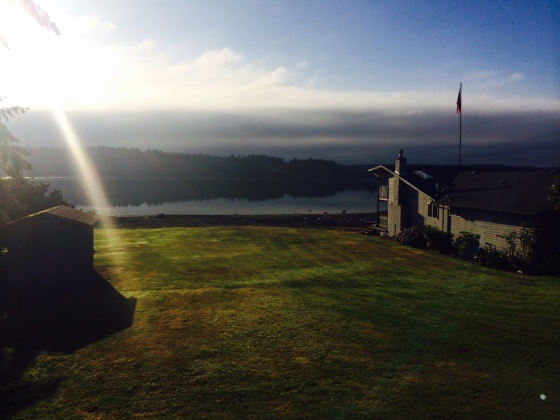