The farewell tour (part one).

“What we call the beginning is often the end.

And to make an end is to make a beginning.

The end is where we start from.”

There’s something downright magical about autumn in New York City. The stagnant summer air lifts like a veil and disperses, offering a gentle respite from the suffocating heat on subway platforms, the stench of garbage bags piled high on sidewalks. The scarves come out, the sleeves get longer, legs that were once bare are covered over in tights. The leaves change quickly – to gold, to crimson, to fiery orange – a reminder of the impermanence of time, inviting you to pause and breathe in their colors before they’re gone.

Fall has always been my favorite season. I suppose it’s odd that I should find this time of year so hopeful just as nature begins to do its dance with death, but I do. The lazy haze of summer has ended, and before the sparkly glow of the holidays descend, there’s a window of time that feels both industrious and optimistic. Back to work, back to school, back to routine. The energy is palpable on the streets of the city: the weather still mild enough to travel by foot, but with crisper air, an accelerated pace, and a sense of urgency that permeates every movement.

I’m in love with New York right now. It might be because I love autumn, or it might be because, soon, I’ll be leaving. Either way, every moment is suffused with wonder, each day brings a new revelation.

It’s joyful, and at the same time, it’s sad. I’m grieving my departure as I would the impending death of a loved one: I’m grateful for the time we have together, yet I can’t help but anticipate the end.

So then, why leave at all? There are many reasons, but the biggest one is this: after spending the last few years floating through life, floating from one temporary situation to another, I am ready for structure, and stability. I’m ready to ground myself in something more permanent, some place that feels like a home. And locating those things in this city – permanence, structure, home – simply hasn’t happened. For reasons both financial and personal, they feel out of reach.

At the end of August, I learned that I was accepted into the MFA writing program at the College of Art and Design in Savannah, Georgia and offered a significant scholarship. After a visit in late September, during which I toured the school and met with faculty, I decided to enroll. I start classes in January, and while I’m excited about embarking on this next life chapter, the prospect of moving to the southeastern United States has me feeling. . . nervous. Suddenly, I’m contemplating living in the path of hurricanes and red state politics. After selling my Prius and spending two years riding subways, I’ll need to get a car again. After a scary operation earlier this year, I’ll have to surrender my New York health insurance and kick-ass Manhattan doctor in favor of finding a health plan on the Obamacare market in Georgia. And after spending all of my adult life living in two of the world’s major cities – Los Angeles and New York – I’ll be moving to a town with a population of roughly 150,000 people, many of whom travel at a much slower pace than I’m currently accustomed to.

And yet. I can recognize that my life has been stuck. In order to achieve my goals, I need to do things differently. Shake things up. Take some risks. Act a little braver than I feel. And here’s something I’ve learned from the other times I’ve jumped off the proverbial cliff: change is scary, but it’s also necessary. And it’s usually necessary before we are ready for it. 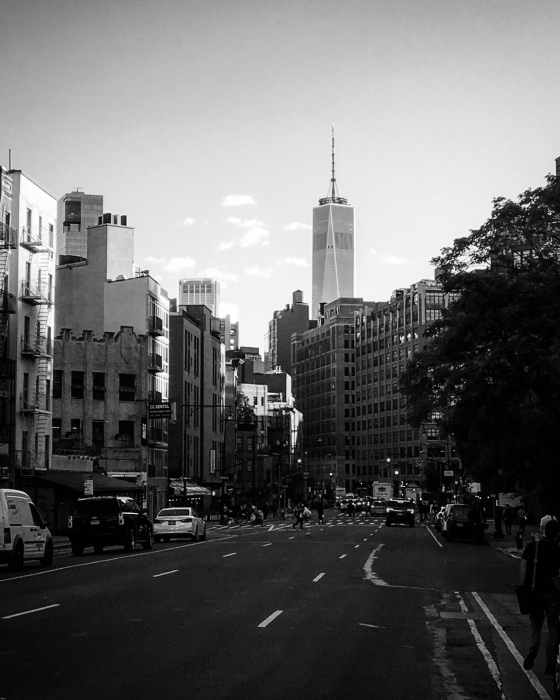 In the meantime, I’m enjoying the hell out of my remaining time in New York. About six weeks ago, just before my trip to Savannah, I reached my two-year anniversary of moving here. As I reflected upon the lessons of the last two years, I wrote them down in a post on social media that I’d like to share with you below:

Two years ago today, I woke before the dawn, finished packing all of my belongings into three suitcases, and drove with my uncle through the still-dark early morning to Sea-Tac airport, where I boarded a plane bound for the opposite coast. Early that same evening, I greeted a landlord I’d never met and moved into an apartment I’d never seen, marking the official start of my new New York life. 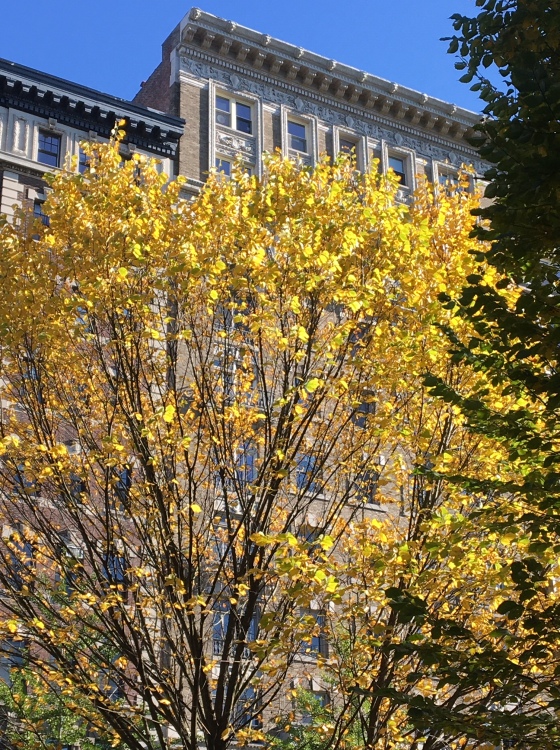 New York, I’m sorry for every time I cursed your name. You were only trying to teach me that who I had been was no longer enough. That if I wanted to do all the things I had always talked about doing, I’d have to work harder, become stronger, push myself farther than I ever thought I could go. You were a tough teacher and I hated you for that. But boy, did I learn.

Sometimes your heart has to break before it can open. You did that for me, New York, and then rewarded me by unfolding an epic love story at my feet.

It’s no secret that I may not be calling you home for much longer. But for as long as I’m here, I promise you this: I will take in your towering skyscrapers and your sunsets over the Hudson River and your autumn leaves falling amber with aching wonder. I will move through this great city with gratitude for every moment that I have left. And as I do, I will remind myself again and again that I did this. That two years ago, I came here alone, with no plan, and I made friends and told stories and fell in love.

And that is something, New York.

In the words of T.S. Eliot, “What we call the beginning is often the end.” And now here I am, at the beginning of my New York farewell tour. But maybe this beginning won’t be the end, after all. Maybe instead – two years later – it’s just the place where I’m starting from. 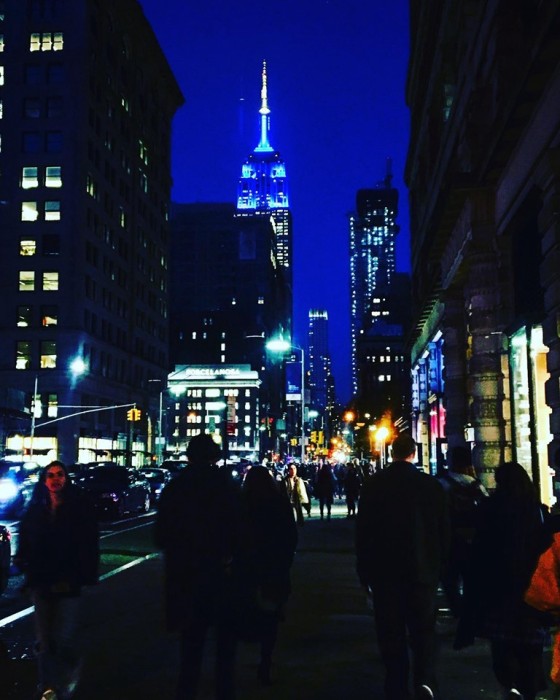