“You own everything that happened to you.  Tell your stories.  If people wanted you to write warmly about them, they should have behaved better.”

– Anne Lamott, Bird by Bird:  Some Instructions on Writing and Life

Four months ago, I started work on a new play that is unlike anything I’ve ever done before. It’s a solo performance workshop called Bare Naked Angels, conceived and directed by my friend Stacy Ann Raposa. The workshop is kept to a small group: our cast, which started as eight people and became seven, is on the larger side.

In the beginning, using readings and exercises from Julia Cameron’s “The Artist’s Way” to guide us, we each brought in weekly writing assignments to read in front of the group. As the weeks went on, the seemingly pointless ramblings about our day-to-day experiences or random childhood memories evolved into discussions about our hopes and dreams, the events that shaped our lives, and the nature of our identities. As we settled on the stories we wanted to tell on stage in front of an audience, we each emerged with a strong point of view about how we see the world. 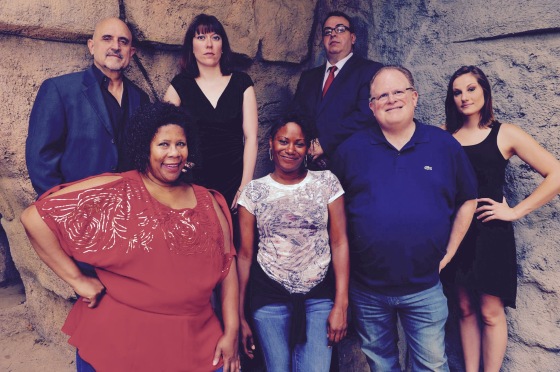 Like many things in life, the place I ended up arriving at was far different than the one I had envisioned when I began this journey. It turned out that I wasn’t so much writing the story as the story was writing me. And gradually, I learned to submit to that process, to let my words come out the way they wanted to, the way they needed to. Without judging them, without censoring myself, without worrying what other people would think. To just let it be what it was: the truth.

When the writing was done, Stacy (our director), took the seven intimate, honest, and (dare I say) incredibly brave stories written by our cast, chopped them up, and wove them together to create something beautiful: an achingly true script that is essentially a solo performance/ensemble piece hybrid. With only three days left until the show’s opening night, I’m equal parts exhilarated and exhausted.

To be honest, I have no idea how audiences are going to receive this show. I hope they love it as much as I do, but there’s really no way to tell with something like this. There is certainly nothing “escapist” about Bare Naked Angels. It puts real life in your face and dares you not to look away. Yet it’s also full of so many sweet, profound, heartbreakingly human moments. Ultimately, like the story I wanted to tell – and which, in large part, I think I did – I believe that this show will leave audiences feeling hopeful and with a greater connection to their own lives.

So here we go. It’s time to jump into the deep end of the pool and hope I can swim. Wish me luck.

P.S. – If you’re in the Los Angeles area and you want to come see this thing go down, I would love to have you. The flyer is below, and everything else you need to know can be found at www.fringetheatreco.com

Thanks for reading, friends.  I promise to let you know how it goes.