I’m sitting on Meditation Point, a promontory overlooking the sea, trying to decide where to fix my gaze. The unseasonably warm October weather has abruptly turned cold, and I’m shivering in my thin flannel shirt. I long for the puffy down jacket I left behind in the Retreat House, but I brush the longing aside, choosing instead to focus my attention on the rippling waters of Otter’s Cove, and the fog rolling over the tops of impossibly tall evergreen trees. 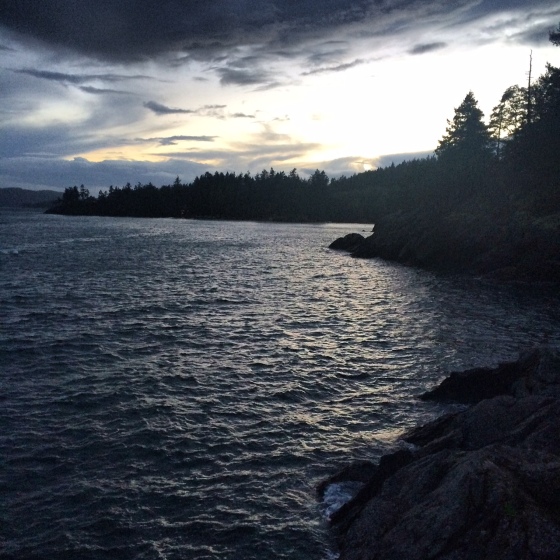 A few minutes ago, as part of her workshop at Write Doe Bay, papercut artist Nikki McClure led us on a walk through the woods, instructing us to remain silent as we followed the forested trail toward the overlook. Rather than speak, we were meant to simply observe the natural beauty all around us, find a spot to settle in, and sketch what we saw.

As our group of writers trudged along, passing campsites, we encountered a middle-aged couple cavorting among the trees, the door of their yurt flung open as they enjoyed a morning picnic. They hollered “hello!” at us, and though I (mostly) obeyed the instructions to stay quiet, the pair’s unchecked exuberance left me unable to suppress a chuckle. I wanted to shout greetings back at them, but instead, I smiled. A smile that said, “I know just how you feel.”

I’ve been back from Doe Bay for just over a week, and though it was my second time attending Write, this trip was a markedly different experience for me. Sure, the teaching artists were different, as were most of the attendees. But one year later, I was also different. And it was this difference that I found to be the most striking. 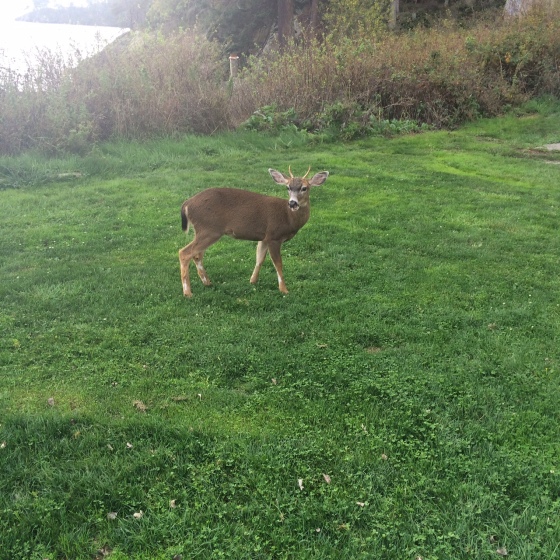 There’s a phrase that the founders of Write often use when referring to the workshop and to Doe Bay itself: The power of a place to unlock you. To underscore this idea, participants exchange vintage keys at the close of the workshop, placing them around each other’s necks on a string of suede.

But here’s the thing: if a person is going to be unlocked, they have to be willing to open up. And last year, I wasn’t. I came to Doe Bay fragile and frightened, hollowed out by tragedy, and desperately seeking some magic elixir to heal my battered psyche. I listened to the powerful stories of the other writers. I was moved. And I tried my best to be present. But if I’m honest, I wasn’t able to allow myself to participate in the workshop in any meaningful way.

Fast forward one year later. On this visit, waking up to the staggering sunrise outside the window of my cabin felt like nothing short of a miracle. On this visit, I found myself passionately curious about all of the attendees, wanting to connect with each and every one of them – even if only for a few minutes – in the short time we had together. And on this visit, the fear that churned in my stomach at the thought of reading my unpolished workshop writing or deeply personal stories from my life served as motivation to jump in and share, rather than something that held me back. 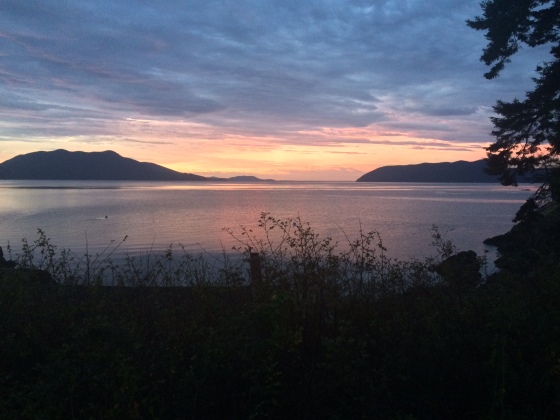 During her workshop at Write, Jenny Feldon asked us to consider changing one thing upon our return to our “normal” lives. “Change one thing,” she said, “and believe that other changes will follow.”

One year later, with Doe Bay as my barometer, I can tell you that, for me, many things have changed. Maybe the island and the rolling fog and the space we share together over the course of those three days really are magic. And maybe I simply needed to try again, to come back to this beautiful place tucked away amidst the trees, to realize how much – over the last year – I have been coming back to myself.

The power of a place to unlock you.