On December 2nd, I marked a milestone birthday: thirty-five. Perhaps it’s fitting then, that this entry also signifies another milestone: my 100th post on Extra Dry Martini.

Normally, I love birthdays (both my own and other people’s), but this one felt less celebratory and more like staring down the barrel of a gun. Thirty-five? Shouldn’t I have it all figured out by now? Shouldn’t I own a home, have a family, be navigating the ladder of success on my way toward building a lucrative career? Numbers don’t lie, and based on my age, there’s no denying that I am officially a grown up. So why aren’t I acting like one?

Though these (judgmental) thoughts danced across my brain, the truth is, when the day arrived, I was too exhausted to be as hard on myself as my inner critic demanded. I was fresh off the recent experience of seeing my beloved grandfather through hospice (which I documented here, here and here), and after spending the better part of a month camped out in a small town in rainy Washington state, I returned to Los Angeles only to be confronted with another piece of life-shaking news. While I’m not ready to share this latest development publicly (I will, probably in my next post), suffice it to say I find myself at a significant crossroads, with two very different paths to choose from. Whichever decision I make means big change, and the only way for me to know which road to follow is to look within my own heart and ask myself what I want. 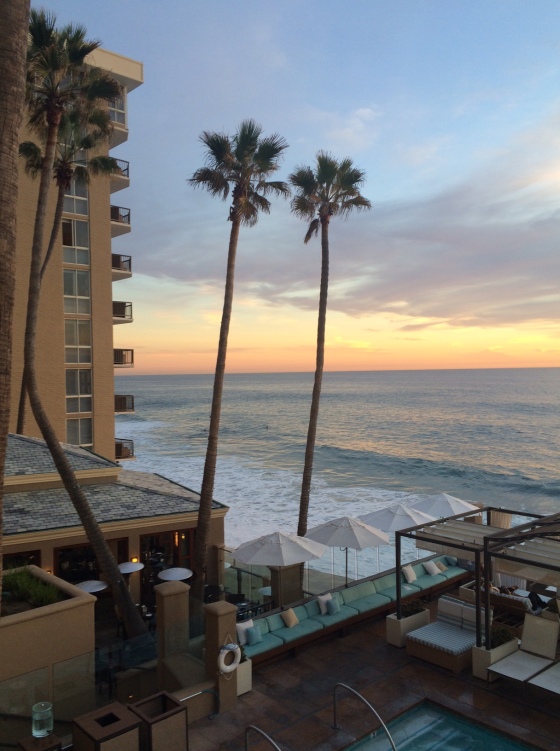 The Friday after my birthday, I did what I often do when I’m feeling lost: I went to the ocean. I packed a journal, my birthday cards, a tattered copy of Anne Morrow Lindbergh’s A Gift from the Sea, and drove south. Needing to decompress from an intensely emotional couple of months, I decided to spoil myself and reserved an oceanfront hotel room at the stunning Surf & Sand Resort in Laguna Beach, CA.

I expected the resort to be luxurious, but the property exceeded my every expectation. Upon checking in, I was greeted by an expansive guest room appointed in crisp whites and soft sandy neutrals, a bottle of sparkling water chilling on ice, an artfully arranged fruit and cheese platter, and a handwritten note of welcome from the hotel staff. I opened the white shutter balcony doors to a breath-halting view of the sunset over the Pacific. I cracked open a bottle of birthday wine, collapsed onto the enormous King Size bed, and fell asleep to the sound of waves crashing outside.

It took a full twenty-four hours for my tired brain to stop racing, and to allow my internal rhythms to slow down and mimic the pace of the ocean. I went for long walks along Pacific Coast Highway, enjoyed delicious meals, and savored the sight of the sun slipping below the horizon, streaking the topaz sky with tangerine fire.

On my last day in Laguna, I lounged in the afternoon sun and swam lazy laps in the warm saltwater pool. An hour before sunset, I made my way down to the beach. Running in and out of the surf, I laughed as the tide quickly receded then rushed back, swallowing my bare feet with a force as the not-quite-cold foamy white waves tickled my toes.

My whole life, the ocean has always held a certain mysterious allure. In the presence of its seemingly infinite expanse I am small, but not in a way that renders me insignificant. Instead, my tiny-ness thrills me, reminding me that my problems are a mere droplet compared to such a mighty sea. As the roar of the surf matches the drumbeat of my own heart, I know that I am part of the earth – all of it – and my connectedness to such great beauty makes me feel both awestruck and safe.

The first four years of my thirtieth decade brought challenges I never thought I’d face. Not this young, not this soon. These years have brought death and unimaginable heartbreak and a loneliness I feared I’d never find the bottom of. But they also brought strength, and resilience, and gratitude, and a deeper knowledge of love than I’ve ever known. I am often sad and fragile, but I am also wise, and tenacious, and alive.

A few days after my thirty-fifth birthday, I stared out at the Pacific, wondering how I could go on, now that the four people who had most shaped my life were no longer here. As I thought about them, images of other people appeared in my mind – both family and friends – who had stepped in to fill the void in the absence of those four. A cherished bunch who had laughed and cried with me, who had embraced me with kindness, who had counseled me through hardship, who had held me up when I feared I would collapse. And in that moment of quiet reflection, I knew unquestionably not only that I could go on, but that I would.

When I left Laguna, a piece of my heart stayed behind. I vowed to return after questions had been answered, decisions had been made, and challenges were met, head on. As Anne Morrow Lindbergh wrote in that well-worn book I carried along with me on my journey: “Patience – Faith – Openness, is what the sea has to teach. Simplicity – Solitude – Intermittency . . . But there are other beaches to explore. There are more shells to find. This is only the beginning.” 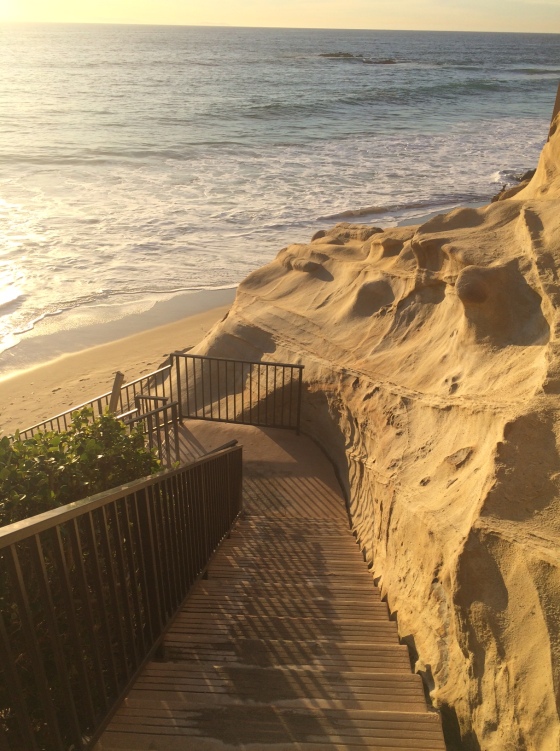