“Before we begin, is there anything specific you’d like to know? Anything on your mind?”

I shift my weight on the colorful batik blanket spread out across the lawn, careful to keep my knees pressed together as I sit sideways in my too short, too warm for this sunny Southern California Sunday, black cocktail dress. Sweat runs down my back, and as I fumble with the crown of fragrant flowers balanced precariously on my head, I am keenly aware of the fact that my focus is everywhere except where it should be: right here, on the present moment, with her.

I’m spending Sunday afternoon at the launch party for my friend Tammin’s blog, Bottle and Heels. Bottle and Heels is female-centric and ambitious in scope, covering a range of topics from motherhood to career to relationships to beauty and fashion to current events, all with a focus on creating what Tammin calls “open conversation.” I’m one of the blog’s contributing writers, and when she first invited me to the launch party, Tammin described it as an event resembling a small wedding. She wasn’t kidding. I arrive at the Bel Air address to find beautiful people mingling over cocktails in a lush poolside garden setting, and – because Tammin is a successful actress – there’s also a red carpet, photographers and a plethora of sponsors doling out everything from makeup applications to massages to – I’m not kidding – Manservants, an entourage of attractive men attired in tuxedo jackets and (this is L.A.) shorts, floating around the party misting attendees with Evian water and shading them with parasols. 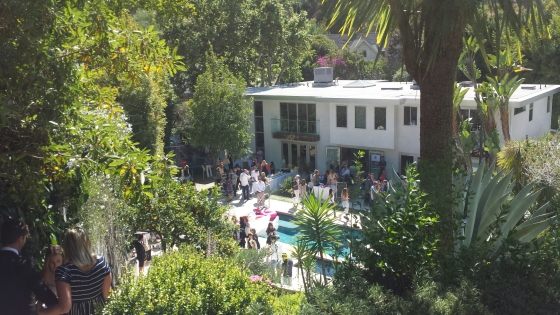 But it’s the Tarot card readings that I’m most interested in. Though my experience with Tarot is limited, an eerily prophetic reading two years ago in the back of a voodoo shop in New Orleans was enough to make a believer out of me. And now here I am, in the “Secret Garden,” a grassy terrace perched high above the poolside festivities, sitting (well, crouching really, in my stupid dress) across from Angie, the card reader.

And Angie wants to know what’s on my mind. “Well,” I begin, fumbling for words. “I guess I want to know about work. My job recently ended and I’m in a bit of a career transition, so . . .” I trail off, unsure of how to continue, but Angie has heard enough. She begins to shuffle and deal, glancing at her phone in between, because her brand of Tarot also involves iTunes consultations, apparently.

“You’re on the right track,” she begins, regarding me a focus so intense it’s a bit unnerving. “But it’s very important that you keep going, keep exploring. If you take a new job now, it won’t be the right thing.”

She continues to deal, growing increasingly excited with every card she turns over. “This new opportunity that’s coming, it’s a dream come true,” she says. “But you don’t know what it is yet. If you think you know – trust me – you don’t. Don’t get me wrong: it won’t be something crazy and out of left field like touring with a rock band. It will still be related to your industry, but whatever this job is, it will come as a surprise.”

Brushing aside the slight ego bruise at Angie’s firm conviction that I am in fact, not a rock star (OK, my current awkward, sweaty, floral crown slipping down onto my forehead state noted), I ask a follow up: “Do you have any idea when this dream job will arrive? I mean, I can handle uncertainty for a while, but how will I know when the right thing is the right thing?” 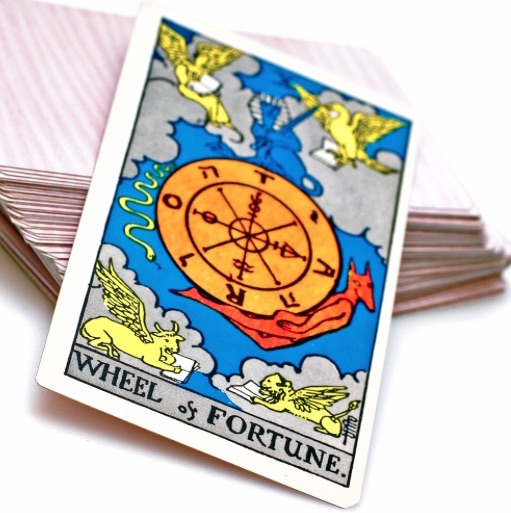 “You’ll know,” she assures me, flipping another card. “OK. Here we go.” Angie’s concentrating intently now, so I shut up. “Late October, early November. That’s when you’ll know.” She looks up at me, eyes shining with what appears to be genuine enthusiasm. “It’s the dream,” she reiterates. “You’re going to be really happy.”

“BUT,” she cautions, “For the time being, you’ve got to stay open. And SLOW DOWN.” She consults her phone again. “Look!” she exclaims triumphantly, holding it up for me to see the song that’s playing: Slow it Down by the Lumineers. “Slow it down,” she repeats. “You haven’t learned everything you need to know.”

I thank her and get up, feeling dazed. So much of what she said, admittedly, was what I wanted to hear. That’s what this whole “hiatus” I’ve been on is supposed to be about, after all; taking time out and listening to my heart. Finding the courage to make different, bolder choices, rather than falling into my old pattern of doing what’s comfortable and what’s easy.

But I also needed to hear that I’m on the right track, even if that news was delivered from the iPhone of a kooky Tarot card reader at a Hollywood party. I needed confirmation that what I feel in my gut is true: that even though I don’t know how or when, somewhere down the line, all the dots will connect.

It has been a challenge for a Type A, meticulous planner like myself to continue to remain in a state of uncertainty, but little by little, I’m learning to embrace it. Because here’s the thing: as long as nothing is certain, it also means that anything is possible. And so, for the time being, I’m taking Angie’s advice. I am staying open, I am exploring, and I am – in the words of Emily Dickinson – choosing to dwell in possibility. 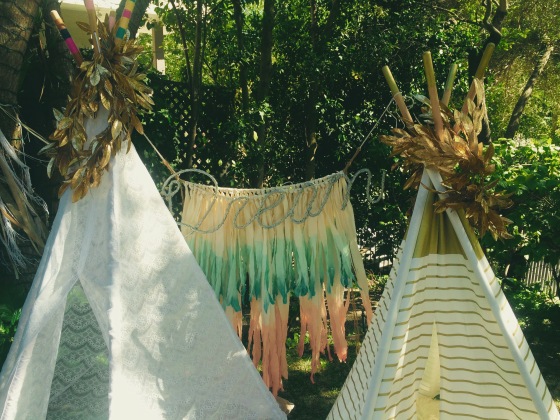