And bow my head/ 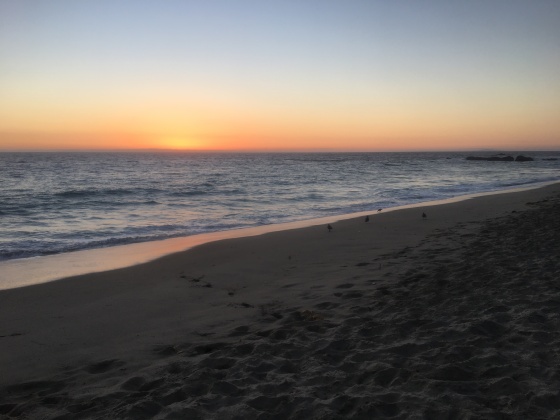 Thousand Steps was not as warm as we had hoped. After descending the many flights of steep stairs from Pacific Coast Highway all the way down to the beach, we found a spot near the shore and spread our towels out on the sand. But after just a few minutes, an enormous white cloud drifted overhead, blocking out the sun. As a cool breeze began to rise off the ocean, we could no longer deny it: it wasn’t exactly beach weather on this mid October day in South Laguna.

Rachel suggested moving to the north end of the beach and settling at the base of a bluff, in hopes that it would block out the wind. We did, and to my surprise, it worked. Stretching out across my striped beach towel, I suddenly felt warm again. And before long, the clouds parted and the sun’s rays fell across my face and sleep began to overtake me. I turned on my side to look at Rachel and laughed because she was already out, her chest rising and falling in peaceful rhythm.

I thought about my phone – all the way back at Rachel’s apartment where I had left it, because this was just supposed to be a quick “beach break” – and I felt my anxiety rise thinking about the texts and calls and emails I could be missing. There was a lot going on back in L.A., and even though I’d come here on a working vacation, I felt slightly guilty for making my escape in the midst of such a chaotic week. But my phone was too far away to retrieve: up that steep, steep flight of stairs (certainly nowhere near a thousand steps, but still enough that when you were climbing them, the name felt warranted), and then another few blocks away, and then up another hill. And besides, I was so tired. What the hell, I thought. I’ll just close my eyes for a minute. And so I did.

I’d been in Laguna Beach for two days, seeking respite from the constant construction noise rattling the foundation of my tiny one bedroom bungalow. The quiet and the ocean view certainly helped my productivity, as did the company; I couldn’t imagine a better work buddy than my college friend Rachel, a talented, hard-working creative director who’d spent years hustling in Nashville and New York. And while it felt good to be productive (two days in, I’d already completed a handful of freelance projects, returned a ton of pesky emails, and spent several hours diving into the next draft of my play War Stories), I knew that what was really important was all the stuff in between the work. After all, years from now, would I really remember the items I’d checked off my to do list, the projects I’d completed, the business I’d handled? I doubt it. What I would remember were the ways Rachel and I procrastinated doing that work, like the impromptu fashion show where she tried on her most impractical dresses, or the careful attention we paid to re-arranging her tea drawer, or the spectacular tangerine sunset we watched slipping below the Pacific, while we talked about our big life questions, the kind of questions that come with the territory when you’ve bid farewell to your old life but aren’t yet sure where your new one is taking you. 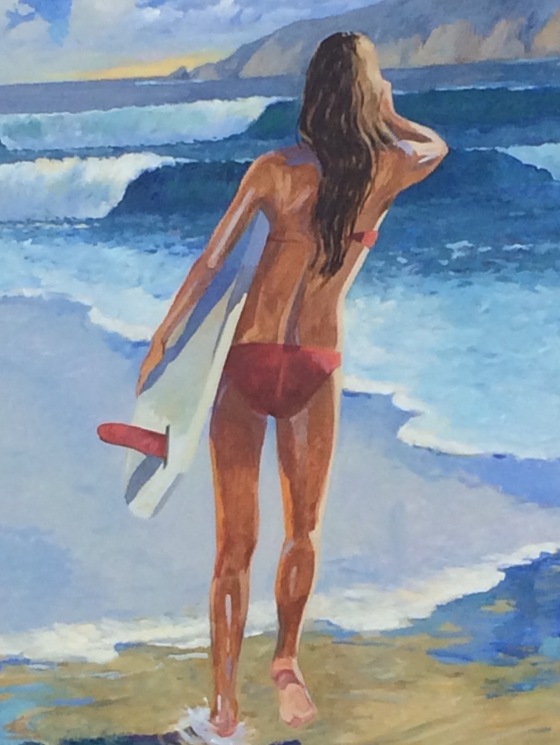 Waking up from my nap, I rolled over and glanced at my friend. Still asleep. She needs it, I thought. I got up, stripped down to my swimsuit, and walked toward the ocean. The waves were cold and the surf was big, so at first I just tiptoed along the shoreline. But gradually I waded in deeper, up to my waist, and the waves rushed in faster and with a force, until one of them knocked me down. I got up, laughing, because I knew that somehow, I needed that, that wakeup call, that reminder not to take everything so seriously.

It has been six months since I left a full time job to strike out on my own. Six months, and I’m still no closer to having a plan, or any sort of long-term strategy. Instead, I’ve just been moving from moment to moment, experience to experience, freelance job to freelance job, with as much travel as I can manage in between. In the absence of a traditional job, people usually assume that I must have tons of free time on my hands, but in fact, the opposite is true: I am busier than I’ve ever been. Maybe it’s due to the fact that I’ve been filling my time with activities that I actually enjoy. Or maybe it’s because I’m moving more slowly these days, finally allowing myself to acknowledge the impact that the intense emotional trauma of the last few years has had on my body. Or maybe it’s just that – with an altered consciousness – I am feeling my life differently, aware of how rich and meaningful it is, and there simply never seems to be enough time to do all the things I want to do.

These past six months, I have often wondered how it’s possible to feel so light and so heavy, all at the same time. But as I wade through the waves, the powerful surf crashing around me, I know the answer: its just life. Tomorrow, I’ll head back to Los Angeles, and in the space of twenty-four hours, I’ll attend a remembrance for a friend who died suddenly and unexpectedly, work a volunteer event geared toward empowering teen girls, and celebrate the marriage of a dear friend. Light and heavy, all at the same time.

I don’t know this as I stand waist deep in the Pacific, staring out at the horizon, but tomorrow, as we gather in a small theater in Sherman Oaks to pay tribute to the friend gone far too soon, I’ll stand on the stage and speak words that will surprise me to hear myself say out loud, words about how this man inspired me and how I want to live my life differently because of him. And as I say them, I’ll know that they’re true. And later, another friend who I haven’t seen in awhile will tell me: “You’re a different person than you used to be, and that’s a good thing.” And I’ll realize that maybe it’s not so terrible to have these unanswered questions, and to live them, and to let life unfold as it will. Maybe I shouldn’t worry so much about where I’m going, or about what it all means. And maybe by simply taking those one thousand steps, one at a time, the future will take care of itself. 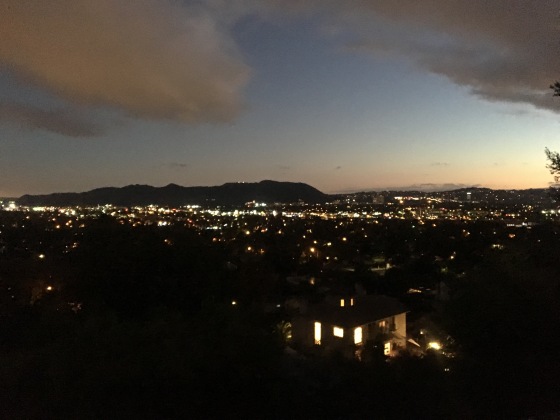 One thought on “A thousand steps.”