– Joe Versus the Volcano 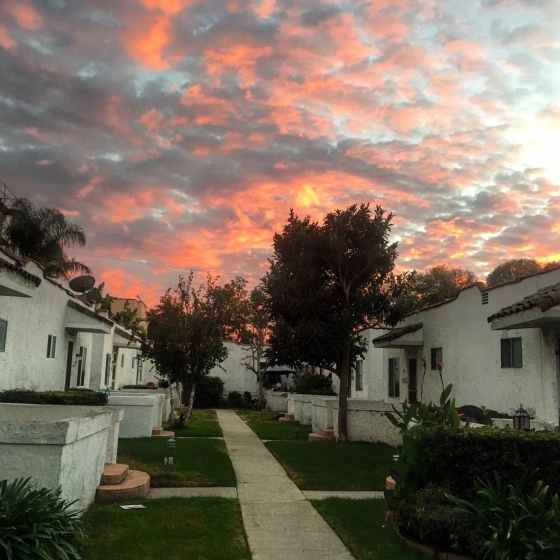 On my last night on Cashio Street, after all the boxes had been packed, the remaining contents of my living room divided up into items to donate and items to keep, I sat perched on the ledge of my patio, just outside my front door, my back pressed up against the hard stucco wall, legs folded into my chest, staring out into the clear night sky.

The air was still warm, and a quarter moon hung just above my neighbor’s red-tiled roof. It was June 29th – five days before Independence Day – but the sound of fireworks had already begun to echo throughout the neighborhood. Boom! That one distant, then another, a few minutes later, closer this time. Excited voices, talking fast, carried throughout the night. The sounds of the impending holiday weekend. The sounds of summer.

I had more to do, but too exhausted to move from my spot on the ledge, I sat, drinking champagne from a pink ceramic coffee mug, taking it all in. I’d been back from New York for just over a week, and in that time my neighbors and I had hosted a yard sale, I’d held two casting sessions for my new play, and I’d gone through, packed up, thrown out, and donated most of the contents of the last eighteen years of my L.A. life.

It was the last part that had contributed the most to my fatigue. When I’d moved into this one bedroom bungalow on Cashio Street just over three years ago, I was in dire straits. The move had happened quickly, urgently, with little thought other than to go as fast as I could. I’d shoved papers and photos and notebooks into clear plastic bins and pushed them underneath my bed, out of sight, out of mind. I didn’t have the emotional fortitude to sort through mementos of the life I used to have, or the person I used to be. 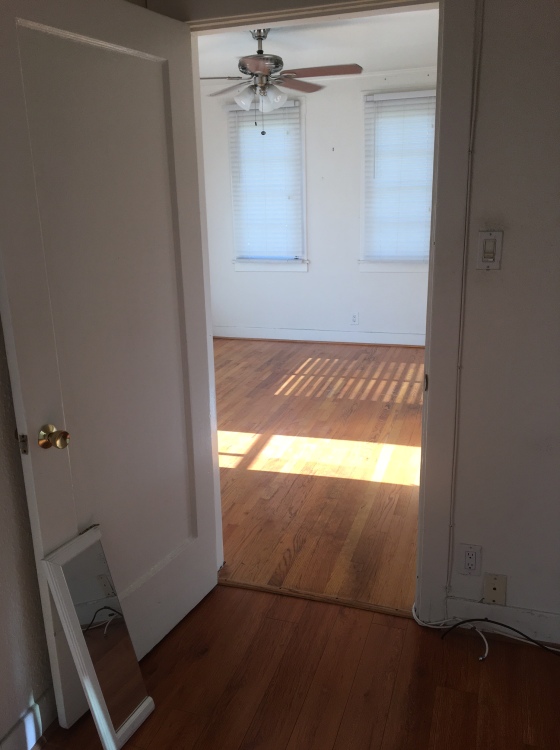 A lot has changed in three years. Almost without noticing, I went from a person whose spine had been compressed by guilt, grief, shame, fear, anger and regret, to someone who had learned, little by little, to set down the weight of all the things she’d been carrying. I learned it through therapy, through writing, through the kindness and love of friends and family, through travel, through opening myself up to new experiences. But mostly, I learned it the only way a person can learn to heal: through the passage of time.

Leafing through my old notebooks, among all the bits of character dialogue, the story ideas, the pages of memoir, the musings for this blog, I found some quotes I’d copied down from the movie Joe Versus the Volcano. That quirky, offbeat romantic comedy has long been one of my favorites, but in recent years, the fable about a man who only learns to live when he thinks he’s going to die has taken on fresh significance. I wouldn’t dare be so dramatic as to claim that I’d been on the verge of death, but in recent months, I do feel as though something within me that I thought I’d lost has come back to life. It’s something resembling believing in hope again, something resembling a belief that for the first time in a very long time, good things are coming my way.

As I sat on the patio ledge on my last night on Cashio Street, looking down on the warm squares of red tile beneath my feet, looking out at the lone palm tree stretching up into the clear night sky, I knew that as sad as I was to leave this place, I was ready. And the reason I was ready was because the time I had spent there had given me everything I needed: time to grieve, to rebuild, to find the courage to become the person I had always wanted to be. And with the sound of fireworks echoing in the distance, I whispered just two words, a sort of prayer. 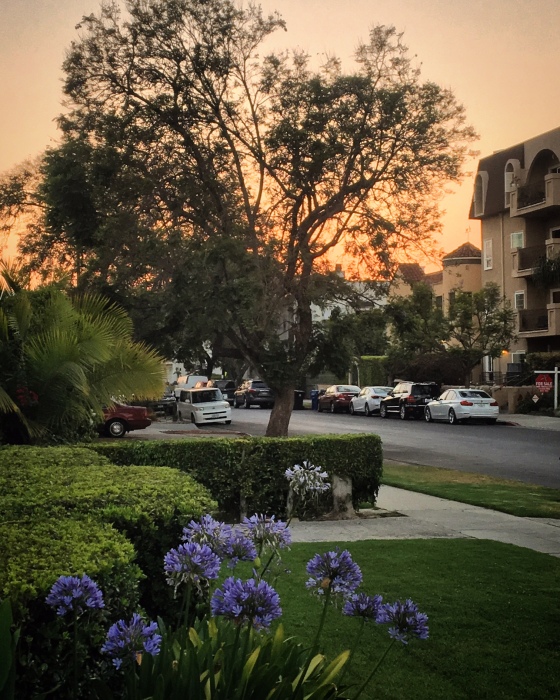