There was no parking on the good side. I was pretty certain there wouldn’t be. By the time Zoe picked me up and whisked me away from the cesspool that is LAX, by the time we drove back to my tiny bungalow, by the time we sat parked in the driveway chatting and catching up – me recounting stories from the long weekend spent getting reacquainted with my childhood home of Anchorage, Alaska – and by the time I’d deposited my bags inside the dark, quiet one bedroom, it was past eight-thirty. Well after most of my neighbors would have returned from work and claimed all of the good street spots. 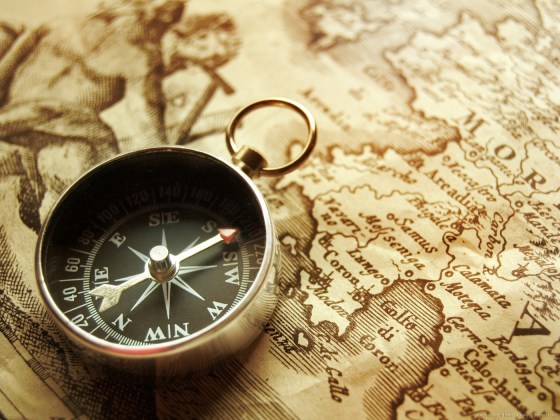 I drove around for a few minutes anyway, vainly hoping I’d get lucky, but there was nothing to be found. Not for many blocks, and not on any of the streets that I deemed ‘safe.’ Ah, the beauty of L.A., with its sketchy neighborhoods rubbing elbows with the swanky ones. Just a block or so south of my Beverly Hills-adjacent Orthodox Jewish hood and a girl could run into trouble in the form of pawn shops and liquor stores and the questionable characters who hovered outside of them. No thanks.

So I gave up and returned home, setting an alarm on my phone as a reminder to move my car early the next morning for street cleaning. I scanned my apartment with weary eyes, suddenly feeling colder than I had during the nearly two-hour walk I’d taken with my sister Marion around Anchorage’s Westchester Lagoon, blanketed as it was in snow and ice. I surveyed the fridge – empty – and leafed through a stack of mail containing mostly bills and credit card applications, and mercifully, one honest to goodness greeting card filled with holiday cheer in the form of metallic gold Christmas tree confetti, a card that peeked out from the pile of useless papers like a tiny beacon of hope.

I eyed my suitcase with dread, not wanting to settle in, not ready to unpack. Should I open my computer and catch up on work email? Oh please, not yet. With no good options, I picked up the phone and ordered takeout from the Indian restaurant down the street. As I buttoned my coat and slung a scarf around my neck on the way out to grab dinner, I consoled myself with the thought that in just one week, I’d be getting on a plane again, away from here. Away from this place that had once held so much promise – a new life, a fresh start, a home all my own – but a place that, though it was filled up with all my stuff, had somehow managed to grow foreign, distant, and sterile. 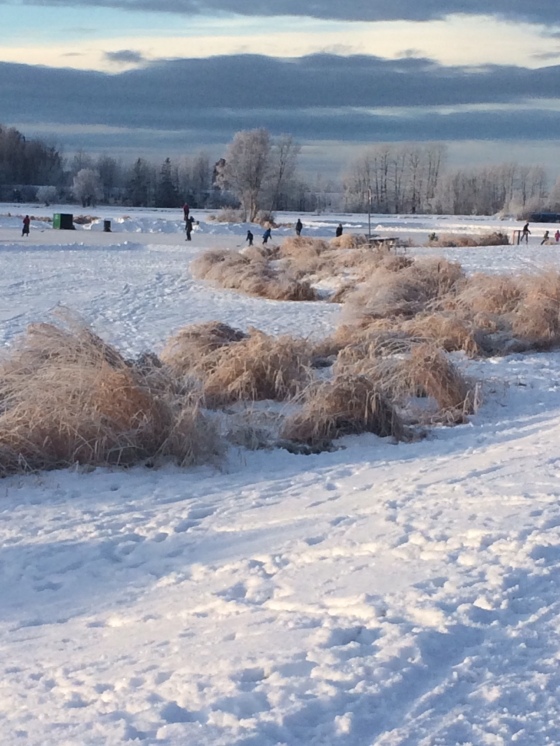 These days, I like myself better when I’m away. There’s an energy that comes from toting my carry-on through the terminal, from rushing to meet my gate, from airport coffeehouses and bars and bookstores, from arrivals and departures. From checking in. And yes, from checking out. I like the pulse of travel, the pace of it. The sights and smells of different places fill me, inspire me. As long as I keep moving, I’m OK. It’s when I stop, when I settle, when I find myself in this place where I no longer know what to do with myself, that I start thinking about the big, ‘what am I doing with my life?’ question, and things suddenly become much more difficult.

I’m adrift. I don’t like where I am, but I don’t know where to go. I know that my current residence, the overpriced one bedroom bungalow at the corner of sketch and swank, is no longer right for me. Strange that when it came into my life just ten months ago, it was exactly what I needed: a quiet place with a sun-warmed patio that wrapped me up like a cozy blanket and sheltered me through a terrible life transition. But now, no amount of cleaning or decorating or incense-burning will change the fact that I’ve outgrown it. And so, with two months left on my lease, I find myself asking, ‘What now?’

I crave home like you wouldn’t believe. A safe place with a soft pillow to rest my head. A cushy, overstuffed sofa to collapse into at the end of a long, satisfying day. A secure, off-street parking spot (never more attractive than now). And yes, someone to share it with, to laugh with, to tell me in a voice that I’ll actually believe, that everything is going to be OK.

So for now, I’m living a life of not settling in. I’m making plans for the short-term. I’m thinking big but skimping on specifics. And every time it all becomes too much, I get the hell out of town. I’m sure I can’t keep doing this forever. But for right now, it makes sense. For right now, ‘away’ is simply the best place I can think of to be. 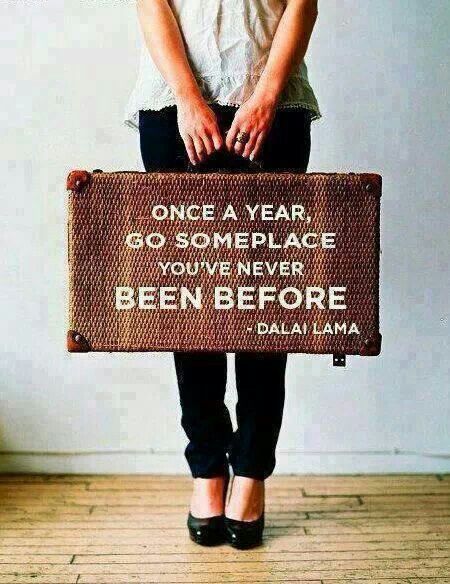 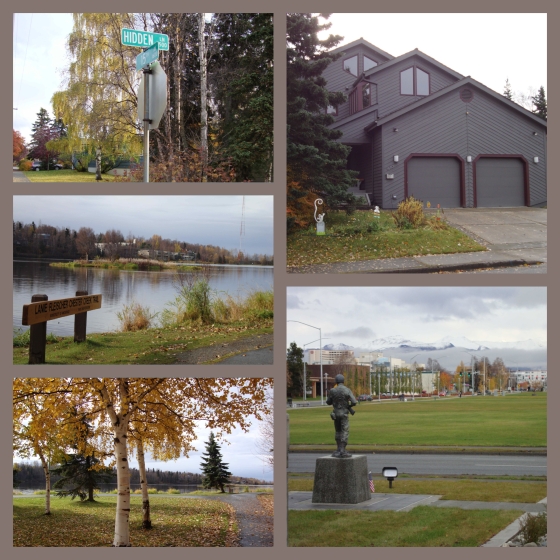 “The ache for home lives in all of us, the safe place where we can go as we are and not be questioned.” -Maya Angelou

I want to go home. The problem is, I’m not sure where that is. It’s not Olympia any more, not since my parents died and we sold their house and I packed up my high school bedroom with its lavender walls and blue plastic glow in the dark stars on the ceiling. It’s not Anchorage, where I spent my first fourteen years making happy childhood memories amid snowball fights and sledding and ice skating on Chester Creek. And despite taking up residence for nearly fifteen years in Los Angeles, it’s not really L.A. either.

I’ve been thinking a lot about the concept of home lately, what it is, what it means, how I define it. Is it where we’re from, where we grew up? Is it where our family is? Is it where we feel the warmest and safest? Or is it simply where we live now?

I haven’t felt at home in a while. The last two years of my life have been an intense period during which everything familiar has been ripped away, some of it by circumstance, some of it by my own design.

I have a new home now. It’s still a handful of miles from the ocean but that doesn’t keep it from feeling like the sea. It’s bright and airy with lots of natural light, beautifully landscaped grounds and a patio large enough to do yoga on, a patio that’s begging to be populated by plants. I’ve decorated it in a way that’s very Sarah – furniture made from light-colored wood and textiles in every shade of blue imaginable: teal, turquoise, navy, cerulean, aquamarine. It’s serene and lovely here, and a sense of calm pervades. I feel grounded in this place, and yet I can’t settle in. I can’t shake the feeling that my charming little cottage is a stopgap on the way to somewhere else, some destination yet unknown or undecided.

My whole life, I’ve always gravitated toward the water. Whether it was Cook Inlet in Anchorage or Puget Sound in Olympia or the Pacific Ocean, being near a body of water – something expansive – has always made me feel secure, like I’m not stuck. As though, through a waterway, I’m connected to the rest of the world and if I need to, I can stage a quick getaway. I’m not sure where this feeling comes from, only that I’ve always had it. 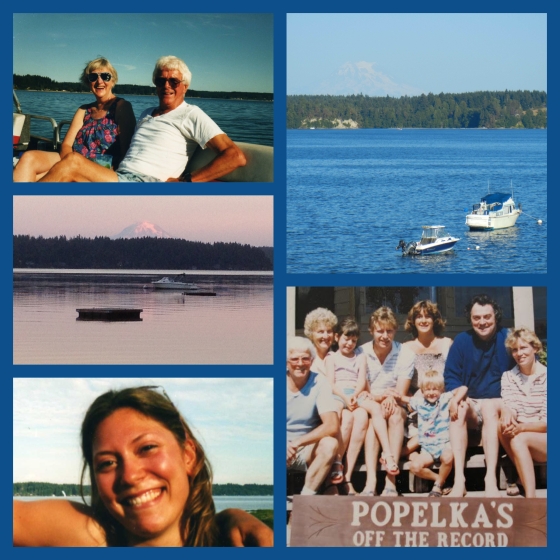 Given that, I suppose it’s not surprising that upon moving to L.A., I fell in love with Santa Monica. I’d go to the ocean as often as I could, taking long walks through Palisades Park, daydreaming with my headphones on. One building in particular captured my imagination immediately, a gorgeous Spanish style manse on Ocean Avenue called El Tovar by the Sea. I’d imagine that when I’d finally made it big, I would buy the penthouse suite and sweeping views of the Pacific would be the backdrop to the glamorous and exciting life that I’d lead there.

It’s funny how your dreams evolve as you get older. While I still love visiting Santa Monica – breathing in the sea air, taking long walks in the park – I don’t want to live there anymore. Not even if someone handed me that penthouse suite on a silver platter. It’s not that I no longer daydream, but the hard won wisdom that’s come with age and the certainty that nothing is guaranteed has caused my dreams to shift and become less pie in the sky, more grounded in the real and the familiar. There’s something about El Tovar by the Sea, about Santa Monica, about Los Angeles in general that has become too sterile, too perfect, too high atop a pedestal, too held at a distance.

These days when I meditate on the idea of home, I think about where I fit in, where I’m allowed to be myself, where people ‘get’ me. I think about what’s most important: the best place to pursue career success, or the place with the greatest opportunities to grab happiness? And is it possible that those two things can intersect, that they can coexist in one space?

I used to think that there was only one path, only one place, for me. I used to be pretty dogmatic about it. But now I wonder if that’s true. Maybe in the words of Joseph Campbell, it’s time to let go of the life I’ve planned in order to have the one that’s waiting for me. Maybe I can have everything I want, but maybe the road to get there is different than I thought. Maybe it’s simpler, easier, more connected to my past. Maybe, like Dorothy, happiness has always been in my own backyard.

If home is where the heart is, then tomorrow I’m heading home. I’m spending ten days in the Pacific Northwest, dividing time between a waterfront parcel of land on Grapeview Loop Road in Allyn, WA – known affectionately as ‘the beach’ – and Vancouver, B.C. The former is as idyllic as its name implies. It’s the place I came of age, spending every summer swimming in Case Inlet, beachcombing and building bonfires under the stars. The latter is where my big sister lives with her family, and it’s the place that has consistently been my favorite destination for fun and laughter, a picturesque urban center with an international flavor that never ceases to inspire me. The bridge between these two places is Seattle, the city where I was born, the city where my Mom spent many happy days and that she loved so much, the city that I spent many happy days in with her, the city that always makes me feel so connected to her. On my way from point A to point B, I’ll swing through the Emerald City for a quick stay over, just to say hello. It would be impossible not to.

There’s this song I recently discovered – ‘Coming Home,’ by Storyman, an indie band from Ireland. One of the lyrics is stuck in my brain, perpetually on repeat: ‘home is where your heart meets mine.’ It’s simple, and it rings true. But which home? And whose heart?

I haven’t quite figured that out yet. And so, I’ll keep looking. 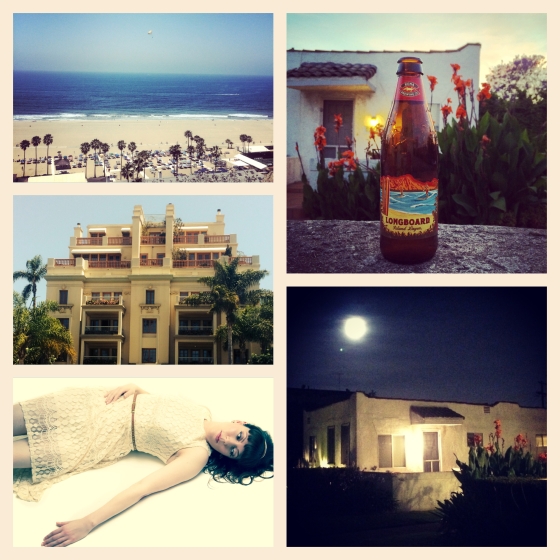