Where I Write: The Getty Center.

At 12:27 p.m. on Friday, September 9th, I find a parking spot on the third level of the subterranean garage and open my car door to be greeted by an oppressive wall of heat, the humidity wrapping itself around me as I quickly head for the exit, for higher ground, for cooler air. I take the elevator three flights up, disembark, and approach the bag check line. I open the canvas tote that’s slung over my shoulder, allowing a man in a polo shirt to briefly scan its contents, and then join a small – blissfully so, now that it’s after Labor Day – group of people waiting on the open air platform. The tram arrives and I claim a spot in the back, trying to settle into a comfortable position against the seat’s hard plastic. My limbs are sore from yesterday’s punishing kickboxing class, and my brain whirs from a sleepless night and an early wake up call to complete a project deadline. In truth, there’s so much work waiting for me at home – half-finished projects, a never-ending to-do list, my own personal writing deadlines – that I feel a bit like a delinquent child playing hooky from school, both giddy and guilty about this afternoon escape. But as the train climbs the hill, making its slow ascent toward the summit, a palpable sense of relief rushes through me. No matter how busy I am, I know that I need this. 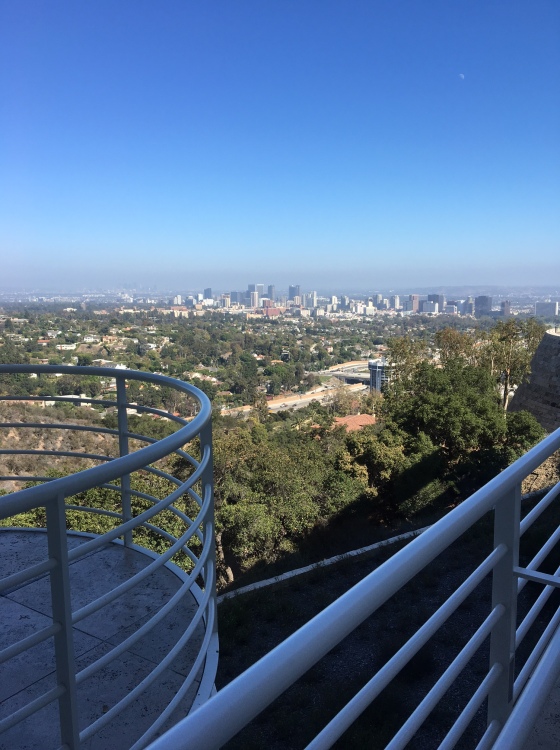 Last month, in August, I hit my seventeenth anniversary of living in Los Angeles. Seventeen years. That’s essentially half my life, and longer than I’ve lived anywhere. I suppose there’s no denying it: for better or for worse, I am an Angeleno. And today, needing a brief respite from the hectic pace of this city and the life I live within it, I’ve come here, to my favorite sanctuary high up on a hill: the Getty Center.

If you’re a regular reader of Extra Dry Martini, you’ve probably noticed that mentions of the Getty – with its stunning grounds and gardens and sweeping views of Los Angeles – show up fairly often in my blog posts. I’ve been visiting the museum ever since I moved to L.A. all the way back in 1999, when I was a baby-faced college freshman, newly arrived from a small town in Washington State. And though things have changed dramatically for me over these last seventeen years, the Getty is one part of my L.A. life that has remained a constant. 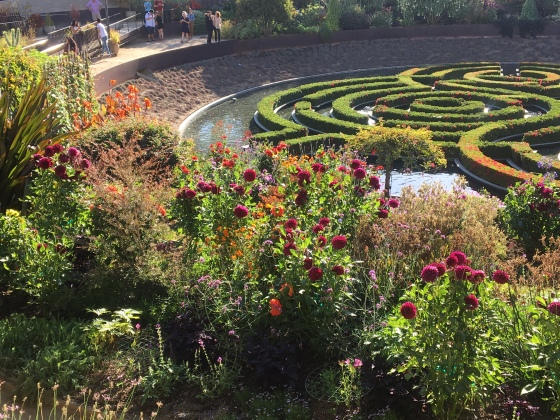 I often come to the Getty when I want to feel close to my mother – including one trip two years ago on the anniversary of her death that I documented on this blog – because she loved the place every bit as much as I do. She loved the lush, tranquil gardens, the natural light and open spaces that float between the solid and sure travertine stone columns, the small but expertly-curated collection of Impressionist paintings, including its crown jewel: Van Gogh’s Irises, with such vibrantly textured lavender petals and emerald green leaves that I never grow tired of gazing at it.

When it comes to writing, I believe that reflection is just as important as action, and that in order to keep creativity flowing, we must take time to consume words and images other than our own. It’s a concept that Julia Cameron, author of the book The Artist’s Way, calls “filling the well.”

Fortunately, the Getty provides ample space for both, so before I settle in to put pen to paper, I take some time to wander the museum’s galleries and grounds. I get lost in an evocative collection of paintings on loan from the Tate – appropriately titled London Calling – and then am transported to 19th Century France via a black and white photography exhibit called Real/Ideal. 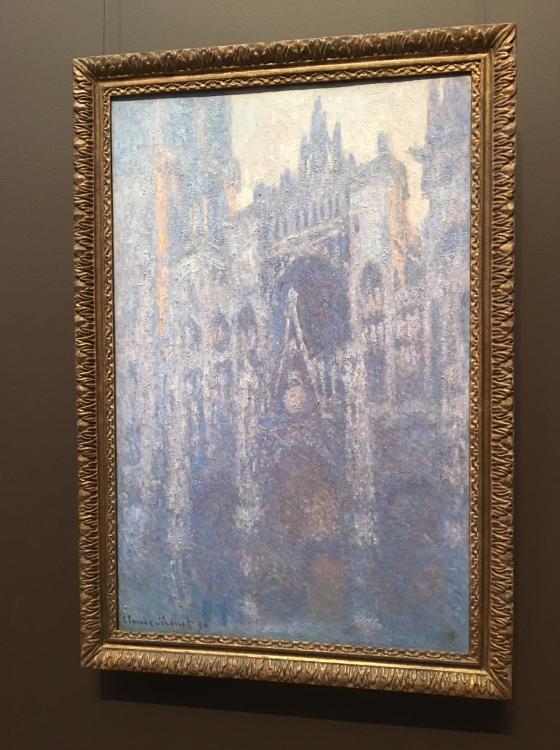 Exiting the West Pavilion, I pause for a moment at one of the Getty’s many vantage points overlooking the city. As I stare down at this vast, sprawling metropolis, at the traffic inching along the 405 freeway, I can’t help feeling a surge of pride that a small town girl from the Pacific Northwest could come here, to Los Angeles, to the place of movies and dreams, and make it her own. And though L.A. can be brutal (and has at times, been brutal to me), I can’t help but love it, perhaps because of its brutality, perhaps in the same way that a gladiator, bloody and bruised though he may be, loves the arena.

Even when crowded, you can almost always find a quiet space at the Getty in which to write, whether it’s a shaded table tucked away in a corner of the outdoor plaza or a bench in an overlooked section of one of the art galleries. But my favorite place to write is always the breezy open-air terrace, perched above the garden and adjacent to the café. So when I’m finally ready to put pen to paper, that is where I go, choosing the most private table that I can find.

I have several writing projects in the works, but this afternoon isn’t about projects or deadlines. It’s more internal, more introspective. I pull out a brightly colored hard cover notebook recently gifted to me by a friend, called the “Letting Go Journal,” (something I’m actively trying to do these days), the pages of which are peppered with inspirational quotes on that very topic. I flip to the first page and the saying from Andy Warhol printed there makes me chuckle. Yeah, I think. So what? And as the soft September breeze meanders across the terrace, its cooler winds an early indicator that summer is pressing onward toward fall, I begin to write. That afternoon, I will fill the pages of my journal with things that I won’t tell you, with things that I won’t tell anyone, because – for a few hours at least – on this perfect late summer day, this time is just for me. 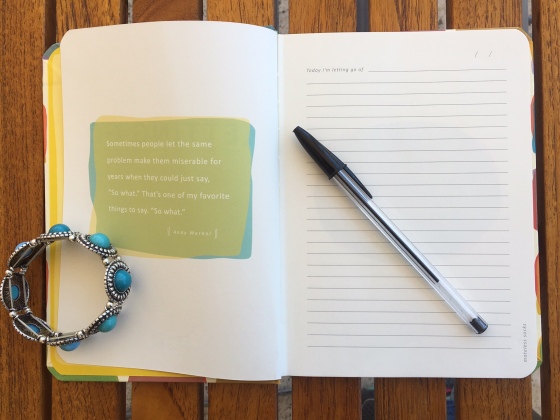