Neon heart, day-glo eyes
The city lit by fireflies
They’re advertising in the skies
For people like us 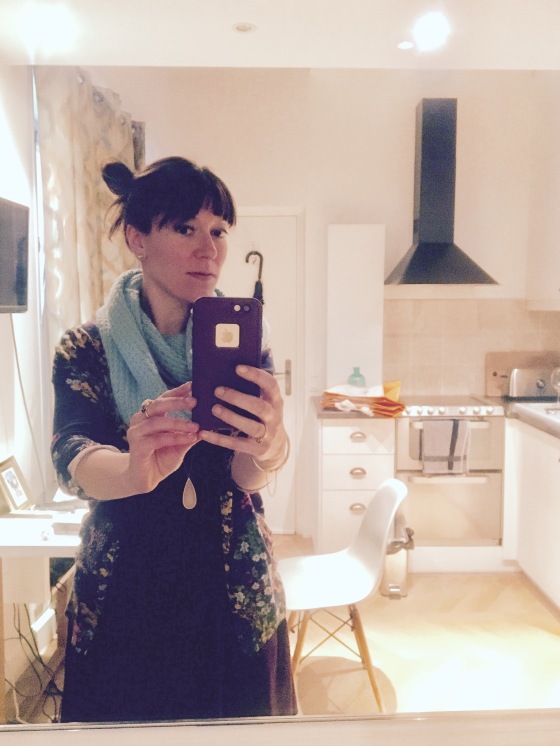 Today is my last full day in Paris. As much-anticipated voyages tend to do, this trip has gone quickly. I’m writing this dispatch from the sweet little apartment I rented in Le Marais: a small but well-appointed flat tucked away in an historic old building on Rue des Tournelles. As I sit near the window of my third-floor walkup, occasionally glancing out at the romantic cobblestone courtyard, I realize that though I’m still here, I’m already leaving. I find myself struggling to remain present and enjoy this moment, even as my mind drifts back to London, where tomorrow, my train departing Gare du Nord will take me, and then further afield, where my plane departing Heathrow will carry me back across the Atlantic, back to Los Angeles, where life is waiting.

I didn’t do nearly as much writing as I had planned on this trip, but I did do a lot of thinking. Thinking and daydreaming and exploring and meandering. All the things you’re supposed to do in Paris. I drank double espressos and delicious Bordeaux and ate decadent deserts and filled my (wine-stained) journal with pages full of what is probably mostly nonsense but might also contain a few kernels of good ideas, like the beginnings of a new one-act play, the outline of an essay, and some sketches of new scenes for War Stories.

I spent an entire day at my beloved Musée d’Orsay, taking as much time as I wanted, and realizing in the process that though I’d always considered Van Gogh to be my favorite Impressionist – owing to his textured, swirling brushstrokes – this time it was Renoir who drew me in and held me. How had I never appreciated the dreaminess of his palette, especially the blues? I sank into royals, teals, aquamarines and sapphires like some sort of soothing bath, and the warmth and light he seemed to infuse into all his work made me feel settled and safe.

It turned out that the Marais neighborhood was the perfect place for me to land. Call it a lucky guess via Airbnb. Centrally located and a mere stone’s throw from the Bastille Métro station, it is easy to get everywhere from here. And yet it still feels like a local’s spot, crammed with charming cafes and boutiques, a place where I don’t feel like I’m on constant high alert for pickpockets the same way that I do in the more heavily trafficked tourist areas.

It is still early here, on this Thursday morning, so once I finish writing I plan to walk down to the Seine, cross its banks, and spend some time at a bookstore that charmed me the day after I arrived: Shakespeare and Company. I know: an English language bookstore in Paris. How gauche, right? But the truth is, its appeal is less about the fact that it carries books in my native tongue and more about the fact that it embraces a deep love of all things literary, feeling like some sort of quaint, rustic, cozy old library that I could spend hours browsing in. After all, I did come to Paris for inspiration. So, who am I to judge where that inspiration comes from?

I find myself leaving Paris just as I’m getting the hang of things here. Just as I’ve figured out the right touch on my apartment’s finicky Nespresso machine, or that the building’s stairwell has a timed light switch, so that I don’t have to climb the three flights back up to my flat in the dark. I’ve only just figured out which cafes I want to try and the fastest shortcut through the neighborhood to Place des Vosges and how to order my meals in (semi-confident) French. 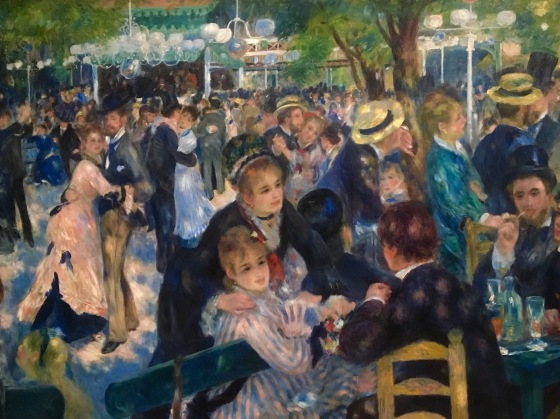 And though there were many things about this much-anticipated return to Paris that I expected, there were some that I did not. Like the wonderful afternoon I spent with a new friend (introduced to me by London host), who gave me the loveliest historical tour of Le Marais. Or the buskers on my train to Tuileries who played the liveliest set of New Orleans style jazz. Or the fact that I – surprising myself – felt compelled to light a candle at the Église Saint Germain de Prés and thought about my mother and felt just a little bit better.

But even in Paris, there are reminders of what awaits me at home. While I’ve been away, I received the exciting news that a website averaging thirty million (!) unique visitors per month wants to republish one of my posts from this blog and share it with their readers. Of course – after asking them a few questions – I agreed. And I must admit, receiving that email was a good feeling; some much-needed encouragement that even in this transitory period of life, I’m on the right track.

One more day in Paris. And then – now that I’ve (finally) adjusted to the time difference – one more weekend in London that will be, blissfully, jetlag-free. And then it’s back to L.A. Back to sort out all of those pressing, challenging, exhilarating, life questions. Ready or not, here I come. That is – I mean – after just a few more days away. . .