The train was late leaving Montreal’s Gare Centrale. I stood near the front of the line, talking to a middle aged couple from Boulder, Colorado, as we watched our departure time tick later and later on the neon screen above our heads. They were taking the train to Schenectady, renting a car, and driving to meet their daughter in New Haven. She used to live in New York, they told me, but the stress of the city became too much and began to affect her health. As soon as she arrived in Connecticut, she felt better. “New York is a wonderful town,” said the man, whose name was Pete. “But it can be a lot.” “I’m still new there,” I told him. “I guess time will tell.”

It was Canadian Thanksgiving – “Action de Grâces’’ in Montreal – and after four days away, I was eager to begin the eleven-hour journey back to Penn Station. The trip had gone too quickly, as trips tend to do, but my “Things to do in New York” list was long, and I was ready to get started on it.

I had been in New York just three weeks when I boarded the Montreal-bound Amtrak train, and it still didn’t feel like I lived there yet. The three weeks had gone quickly, consumed with the business of settling in: buying household items and assembling furniture, shopping trips to Bed, Bath and Beyond and Fairway Market, sending “I’m here,” emails to friends and acquaintances, unpacking boxes shipped from L.A., navigating my new neighborhood.

The urge to get away swelled within me from the moment I’d arrived in the city, a common occurrence when the here and now threatens to overwhelm me. I had wanted to visit Montreal for years, ever since my niece Nora began studying art at its Concordia University, and the $150 round trip train ticket with its scenic route through the Hudson River Valley and the Adirondacks was too good to pass up. Plus, Nora’s punk band “Dish Pit” had a show that weekend, at a joint called Bar Le Ritz. How could I miss that?

I booked an Airbnb in Little Italy, on the border of the Montreal neighborhood Nora told me was her favorite: Mile End. I could immediately see why. Vibrant street art, hip cafes and bars, trendy boutiques and vintage shops. It was an artists’ haven, full of color and life and youthful enthusiasm.

I explored much of the city on foot, canvas bag containing a notebook, umbrella and ear buds slung over my shoulder. I walked from Petite Italie through Mile End, into Plateau and then downtown. I sampled bagels at the famous St.-Viateur bagel shop, tried on delicate lace dresses at a boutique on Boulevard Saint-Laurent, ordered meals in broken French, and bought a faux fur trimmed denim jacket at the hipster hotspot Annex Vintage. I caught up with Nora over dinner, met her school friends – and was wowed by her guitar-playing skills – at Bar Le Ritz, and traded stories about love and life as we wandered around Chinatown searching for a rare and expensive monkey oolong tea.

As much as I love to travel, my favorite thing about going away is how different home looks when seen from the perspective of another place. And New York had not been home for very long. In fact, it was the first time I answered the question “Where are you from?” with “New York,” an answer that still felt strange and foreign rolling off the tongue. And it was the first time, when asked by a customs agent what I did for a living, I said, “I’m a writer,” which didn’t feel strange at all. It also wasn’t technically true. Technically, I was unemployed, and was living off my savings, money I’d inherited from my parents and my grandfather’s life insurance policy. But that was far too complicated (and potentially problematic) to explain to border patrol. And besides, I had begun to learn the lesson that if I said a thing enough times, I would start to believe it, and then I would find a way to make it true. After all, that was how I ended up in New York in the first place. I simply told enough people I was moving there, until eventually, I had no choice but to go.

It had only been four days since I’d made the trip north to Montreal, but in those four days the fall colors had already intensified. Alongside golden amber leaves were branches dressed in accents of ruby red and flaming orange. I paused from scribbling in my journal to intermittently rest my head against the window of the southbound train and watch with tired eyes as October rain fell across the changing landscape. I pulled out my pocket planner, filled with its inspirational quotes, crossed out and rewritten plans, and counted the days: thirty-eight. There were exactly thirty-eight days until my flight to Heathrow, where I’d meet one of my dearest friends and we’d continue our journey on to Venice, Florence, Rome, Positano and Sorrento to celebrate her birthday. Thirty-eight days. Just over five weeks. Five weeks, during which I would write and work and enjoy the fall in New York City. Five weeks, and then I’d be off on another adventure.

But for now, I was ready to go back to New York.

I was ready to go home. 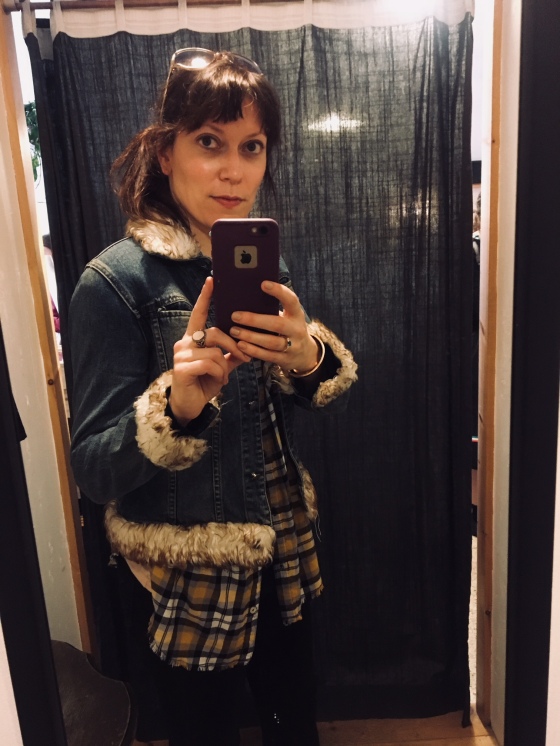