I pressed my back against the chair, feeling the thin tissue paper covering crinkle as I shifted my weight. A wave of nausea washed over me. I quickly leaned forward. Nope, too far. The room spun. I carefully, slowly reclined, trying to find what felt like center. I was perched on the edge of my seat when the doctor came in. He had kind eyes, a nice smile. “We’re going to take your vitals again,” he said. “Your heart rate was too high.”

“I’m just nervous,” I told him. “I don’t really like doctors. No offense.”

I found a spot on the floor to focus on and concentrated on my breathing. Inhale, exhale. Inhale, exhale. He told me to relax my arm as he prepared to take my blood pressure. I did as I was told. I felt the band tightening, felt my heart throbbing in my bicep. Inhale, exhale.

“Well, that’s much better.” He seemed pleased. “You were right; must have just been nerves.” That’s funny, I thought. I don’t feel more relaxed.

We did a neurological test. Normal. He looked inside my ears. Normal. There was nothing out of the ordinary, no obvious cause of dizziness. “Vertigo usually goes away on its own,” he said. “But if you’re not better in a week, you may need to see a specialist.”

He gave me some exercises to help restore my equilibrium. “At first, they might make you even more dizzy,” he admitted. “But they really do seem to help.” I signed a release form, paid my hundred and twenty-five dollars and just like that, I was on my way home.

The dizziness began the week before, after what I had hoped was the last New York snow storm of early spring. At first, I ignored it, partly because – for the first time in many years – I was without health insurance. I tried to hold on to my California plan, figuring I’d move back there eventually (one of many examples of how I’d kept one foot out the door since my arrival in New York), but I could no longer prove residency and my coverage was canceled. That left the New York insurance market, a confusing maze of companies I didn’t know and policies I didn’t understand. I had begun the application process but hit a wall when it came to choosing a plan.

The day before my trip to urgent care, I spent the afternoon in rehearsal for an evening of original monologues at the historic Cherry Lane Theatre in Greenwich Village. I’d written one of the monologues and was directing seven others, which meant a long day of working with actors in the fifteenth-floor conference room of a building in midtown Manhattan. The rehearsals were a welcome distraction, but more than once I’d felt the room spin and wondered if I was going to faint. By the end of the day, health insurance or no, I knew I had to see a doctor.

And he was right. Ultimately the vertigo did get better on its own. I still get a little dizzy now and then, but the difference is striking. I’m no longer afraid I’ll fall in the shower, or have to grip the edge of the sink to remain upright when I’m washing dishes, or feel the room spin when I’m lying down.

I don’t think I was ever in actual medical jeopardy, but my recovery does feel as though I’ve been given a second chance. The truth is, I feel as though I’ve been given many second chances, and too many times, I’ve taken those chances for granted. I want to believe I’m brave and adventurous, that I’ve learned my lesson about how short and precious life is, but I still make far too many choices out of fear. 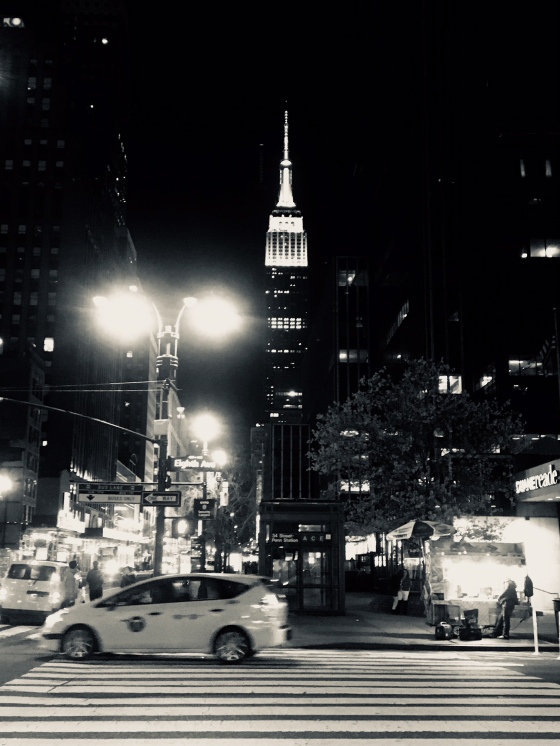 This is week four of my ten-week memoir class. When I started it, I was full of resistance. I didn’t feel ready to write a book. I still don’t feel ready. But in just a few short weeks, I’ve awoken memories that won’t go back to where they came from. And the more I write, the more I remember. At this point, it feels too late to do anything but keep going.

I’m scared, just like I was at that doctor’s visit. My memories are painful and not easy to relive. The recurring dreams about my mother are not easy, either. But as fearful as I am about diving further into the past, I’m even more fearful of running out of time. That’s the gift my vertigo gave me: a reminder the future isn’t guaranteed.

After last week’s class – a class where I talked through the subject matter of my yet-to-be-written book and landed on a theme – a fellow student pulled me aside. A lovely woman, a mother and a grandmother, somewhere between two and three decades older than me, she smiled and said, “You know something? You’re lucky. Most people don’t arrive at that level of self-awareness until they’re much older. To have such insight about your life when you still have so much of it left to live, that’s a real gift.”

She’s right. It is a gift. One I’m grateful for. One I have to remind myself every day not to take for granted.