The last day of April was my first time in the booth. “The Booth” is what my memoir class calls it when it’s your turn to have pages workshopped. You go around the room and one at a time, each one of your classmates gives you feedback on your writing. You’re not allowed to say anything, not allowed to explain or defend your work. You just listen, as though you’re in a soundproof booth. The instructor goes last. 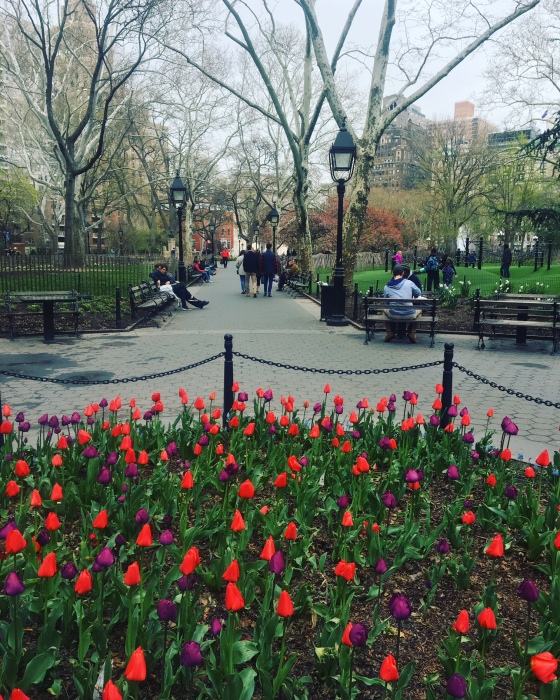 For my first booth, I had written just six pages, the tiniest slice of my life detailing two incidents: one, my father’s near drowning when I was a child, and two, a flight from Los Angeles to Seattle where a stranger asked me some very pointed and very none-of-your-business type questions about my family in general and my mother’s death in particular and I lied, blatantly, to her face.

That experience on the plane was not the first time I’ve told a lie. In fact, I’ve told many, many lies over the last several years. The biggest and most frequent lie I’ve told is that I’m OK. I’ve told it to strangers to make them comfortable. I’ve told it to friends and family to keep them from worrying about me. And I’ve told it to myself because I wanted to believe it. Because I’m so, so tired of not being OK.

As we wrapped up the booth session, my instructor closed her comments by saying, “I just want to tell you how sorry I am. To absorb so much loss at such a young age is painful, and wrong, and I wish it wasn’t so.” And because I wasn’t allowed to say anything, this time I didn’t lie and tell her I was OK. I just listened, and took it in. And then I got on the subway and went home, crawled into bed, and slept until dinner.

And speaking of guilt, I have survived the wrenching guilt over the fact that I left the person I promised to love forever, because I cared less about his pain than I did about being free. I have survived the guilt that I didn’t grieve for my grandmother as she succumbed to advanced Alzheimer’s disease, because I blamed her years of cruelty and emotional abuse for breaking down my mother’s fragile psyche and leading her to turn to alcohol in the first place.

I have survived the death of the sweetest man I’ve ever known, my Grandpa Gerry, survived the hospice nurses telling me he could bleed out in front of me, or that there might not be enough morphine to keep him from pain. I have survived dark nights of the soul, survived not being able to get up off my apartment floor for days at a time, survived my own broken heart.

But what does all this survival mean? There’s nothing particularly noble or admirable about it. It simply means I stayed alive, because as terrible as staying alive was, it was better than the alternative.

My, “I’m gonna sell all my stuff, move to New York and start over,” move was an act of rebellion against all these years of surviving. I wanted to do more than just survive. I wanted to thrive. I wanted to change my life. No matter how many people told me how hard New York was going to be, I didn’t care. After all I’ve been through, I told myself, this will be easy.

The truth is, I’m ashamed of myself. I’ve been given the gift of survival, and what have I done with it? I’ve squandered opportunities and time. I’ve spent money I’ve inherited from my parents foolishly, hoping that “treating myself,” would make me feel better. I’ve been spoiled and selfish, spent far too much time feeling sorry for myself. I’ve been called brave and I haven’t deserved it.

Last Sunday, I woke to the most glorious day. It was cloudy, but not rainy, with a gentle breeze and the slightest chill in the air. I sat in the arm chair of my living room, windows open, curtains parted. And for the first time, I noticed that the formerly barren trees climbing upwards toward my eighth-floor balcony were suddenly full of lush green leaves, and birds were singing. “This is spring,” I told myself. “This is perfect. Hold on to this.”