was my first country.

the first place I ever lived.” 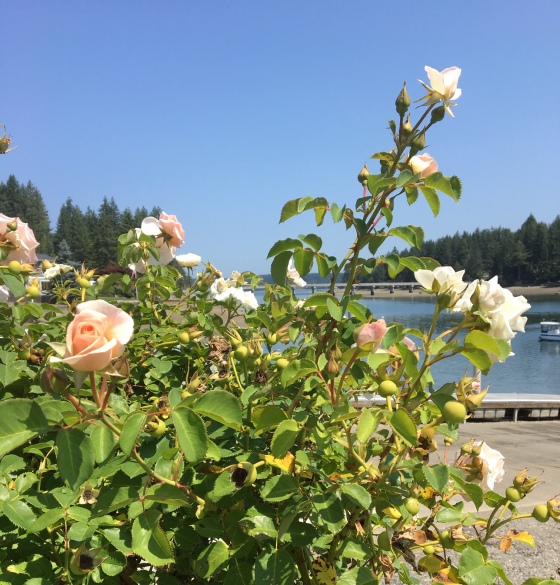 I’ve been back in the Pacific Northwest for nearly three weeks. The weather has been glorious, reminding me of all the childhood summers I spent on this same beach in front of my grandparents’ house: digging for clams with my mother, collecting driftwood to build bonfires, combing the shores of Case Inlet for colorful sea glass we’d use for our art projects.

Most of the people I spent those childhood summers with are gone or come to this beach no longer. New neighbors and new, fancier homes have cropped up all along the inlet. And these days, sea glass is hard to come by.

But every now and then, you still find it. Like the evening a week ago, when I emerged from a saltwater swim and spotted a weathered, rectangular piece of transparent lavender peeking out from among the rocks. Its color reminded me of the four walls of my high school bedroom. A bedroom with no windows, where I affixed blue, glow-in-the-dark stars to the ceiling. A bedroom in a house that someone else calls home now.

Every month, the full moon bears a different name. In January, it’s called the Wolf Moon. In June, it’s Strawberry. And a handful of nights ago, as I sat under the August moon – Sturgeon, named for a fish – I turned that piece of sea glass over and over in my hand and did something I haven’t done for a while. I talked to my mother. I asked her for help. 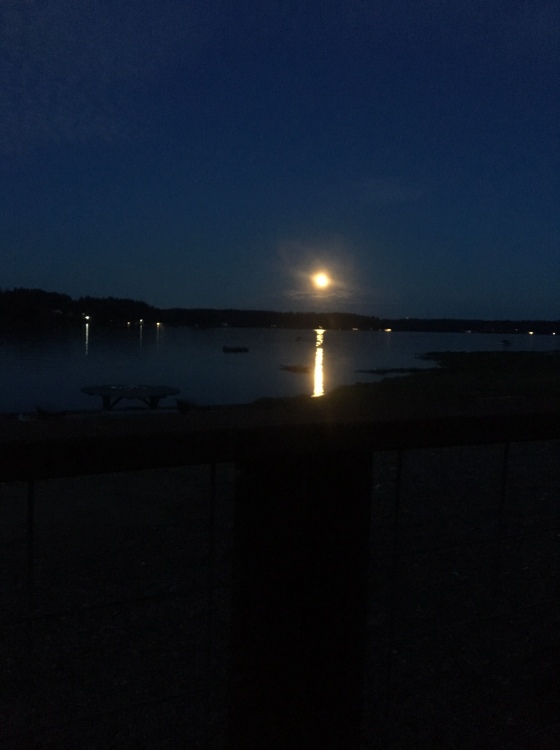 There are some conversations too personal to share. In the nearly seven years since my mother died, my conversations with the inlet are like that. Because if my mother is anywhere, she’s there, in the water that raised her. The water she loved her whole life. The water where we scattered her ashes, sending her back to the place where she began.

So, last week, I sat on the deck of the beach house and rested my feet on its railing and asked the inlet some questions. I watched that big, bright, full Sturgeon moon cast a golden stream of light across the inky, mirror-like expanse of water and I confessed my secrets to the sea and the sky. And that night, I dreamt that I was swimming underwater, exhaling huge air bubbles into its depths. And when I broke the surface, I saw that the beach was covered with sea glass. Polished, weathered, sparkling glass, glinting in the moonlight. As far as the eye could see.

I’m going back to New York soon. I don’t know what I’m going to do, only that I’ll be there until December, and beyond that, the future is uncertain. But after three weeks on this beach, uncertainty doesn’t scare me as much as it used to. Because over the last three weeks, I was reminded that I can still sit under the night sky and confess my secrets to the inlet. That saltwater swims still have the power to heal me. And that rare and beautiful things can still be found among the rocks on this beach.